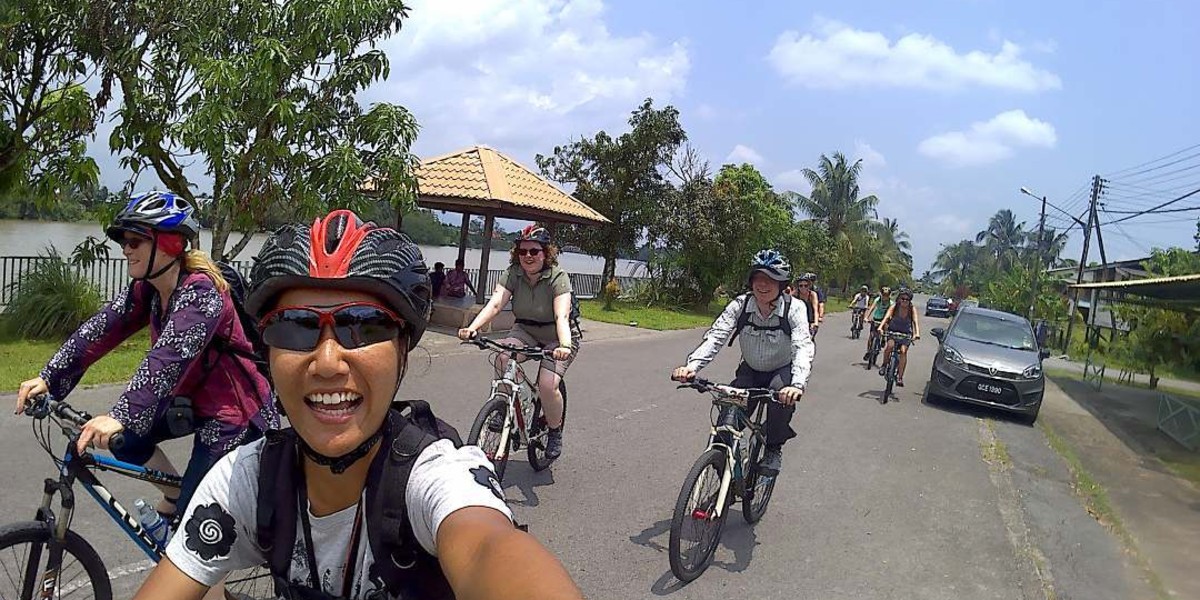 Minutes from the Kuching Waterfront, just beyond the Old State Mosque, lies the historic Malay villages of Kuching. At first, the atmosphere feels different. The change is subtle at first, then it gradually intensifies as you go further down the road.

Thirty seconds in, the city noises start to fade as the soothing calmness of village life takes over. Old wooden houses on stilts line both sides of the road, with more modern homes blending in equally as well in the quiet neighborhood.

This part of Kuching is often compared with Kuala Lumpur’s Kampung Baru, an old Malay village right smack in the middle of the city–a heritage area preserved for its historical significance.

This stretch of centuries-old Malay villages along the Sarawak Riverbank is known to locals as Kampung Nombor (“Numbered Village”) because of the way the villages were named–Kampung No.1 up to Kampung No. 6.

The original names of these villages were colorful and reflect the history or local landmark (Kampung Segoleng, Kampung Bintangor, Kampung Bandarshah, etc.). However, it is said that the British administration had trouble remembering the names and gradually replaced them with numbers circa 1946 to make things easier.

One of these villages is Kampung Patingan (now known as Kampung No.6). This village has seen great leaders rise from its community–people who have made their marks in the history of Sarawak. One of them was Datu Patinggi Ali, a prominent figure in spurring the battle against oppression under the rule of Pengiran Indera Mahkota of Brunei.

This village continues to be the abode of influential Malay leaders and their relatives–a peaceful sanctuary right in the beating heart of Kuching. A home rich in history and memory, coming alive every day without fail.

Responsible Travel Tips for Things to Do in Kuching